2012 # OBJECTS
Useless Object #1
Workshop with Thomas Lomée
October 2012, LED-Blender
The series of useless objects is based on used electrical appliances that were disassembled and recombined. The result is a redesigned model of a Philips blender from the 1970s which is now working as a lamp by making an LED move in a circular course. 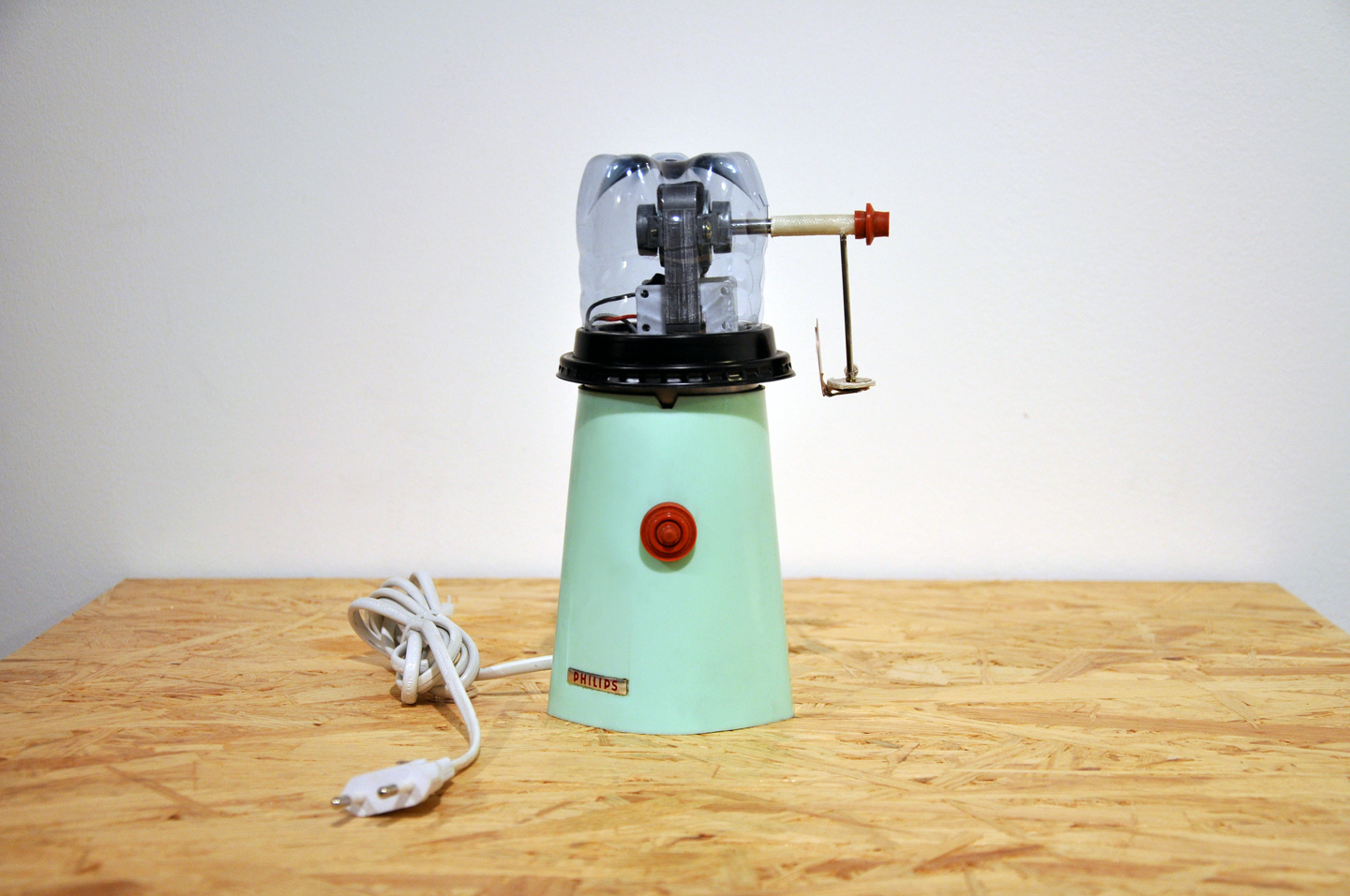